Catch and Kill is an inside account of the beguiling and nomadic nature of the unholy trinity of politics – the winning, the wielding, the losing. Taking us into the inner sanctum of state and national politics, Joel Deane investigates how four friends – Steve Bracks, John Brumby, John Thwaites and Rob Hulls – beat the factions, won office in Victoria, achieved progressive reforms, then tried to hijack Canberra. ‘We were,’ Bracks says, ‘a government that could catch and kill its own.’

Drawing on dozens of interviews with key figures, Deane provides a candid insight into the triumphs and failures of the Bracks–Brumby government, as well as those of its federal and state counterparts. He also shines a light on the personalities behind these decisions – their ambitions, their passions and their disappointments.

A gripping work of narrative non-fiction, Catch and Kill delivers a slice of political gothic, venturing inside the heart of the contemporary Labor Party in search of the nature of power.

‘Joel Dean writes about politics in the way it should be practised: with a cool head, a warm heart and a sense of humour.’  George Megalogenis

Book your ticket/s for this engaging, in depth discussion about the politics of power. 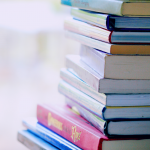