A Passion for Footy - Mini Review 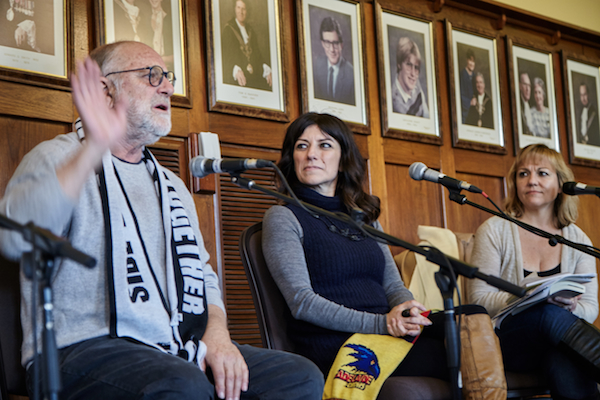 Footy’s close to my heart. So before hand-balling to the panel, I took to the stage sporting my Collingwood scarf and waving my Collingwood flag. I was hoping to get the modest audience all fired up for a scintillating hour of talk about all things footy. It wasn’t an auspicious start. Star forward Alicia Sometimes was an unexpected late withdrawal after suffering a bilious attack. So plucky Nicole (Hawthorn, ‘I don’t need a scarf, just wear a quiet smugness’) stepped in to chair, despite a sore throat and coughing fit which required constant drink visits from this runner.

Things hotted up a bit when Angela Pippos, veteran of sports broadcasting and making a return appearance at Willy Lit Fest, read a piece from her futuristic story in From the Outer then pulled an Adelaide scarf from her bag. The mainly Bulldogs audience duly booed. Michael told how he’d followed Collingwood since his schooling at a CARLTON primary: it depended which half of the street you lived in! Despite the topic title, and the historic birth of Women’s AFL that week, the main focus was how ‘blokey’ footy and footy broadcasting still is and that booing Adam Goodes had brought the game into disrepute. Not even adding Rebecca Maddern to the Footy Show satisfied Angela. Thankfully the full horror of Eddie’s Caro gaff had yet to emerge! Lots of discussion rounded out a fabulous footy focussed hour! 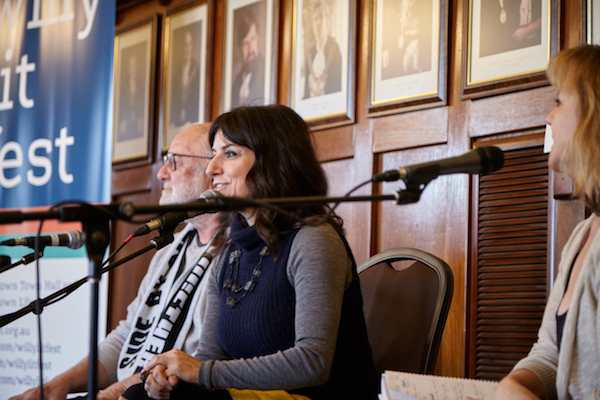 Sorry, that page does not exist.

willylitfest
•
Follow
This Volunteers Week we would like to thank each and every person that puts in time to make Willy Lit Fest possible. Volunteers are the face of Willy Lit Fest and the festival would not run without your enthusiasm and passion for community and the arts. ⁠ ⁠ We would also like to take this moment to celebrate a treasured volunteer that is no longer with us, Kay Hirst. Kay was wise, positive, down to earth, and great to be around each festival weekend. Our thoughts go out to her family.⁠ ⁠ #volunteersweek
View on Instagram |
1/9 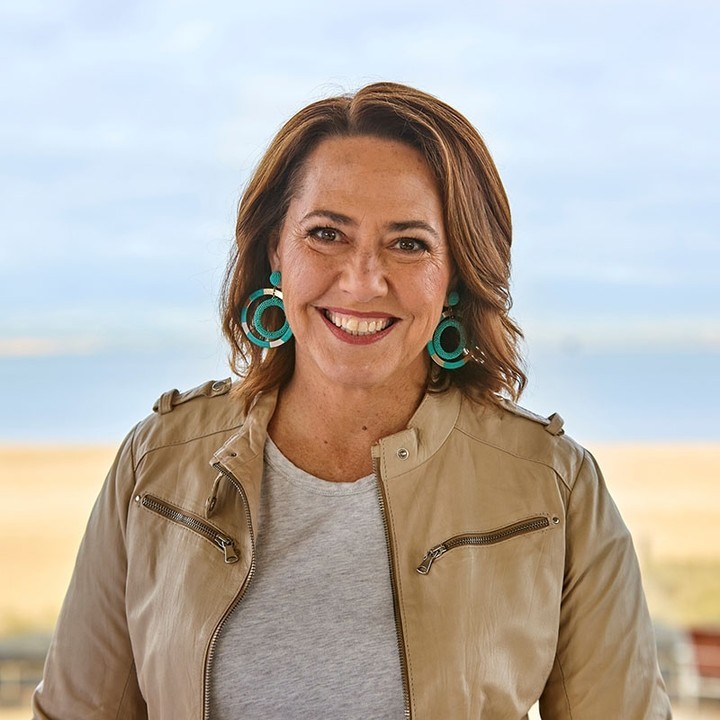 willylitfest
•
Follow
As a child in country Queensland, the ABC’s Lisa Millar dreamed of a big life. In conversation with Ben Knight, Lisa will discuss her memoir DARING TO FLY in which she details her career from 'The Gympie Times' to ABC's bureau chief in both Washington DC and London. ⁠ ⁠ Lisa is the co-host of ABC TV’s News Breakfast and has covered some of the world’s biggest stories. She has made a career of breaking news and we are delighted to welcome her to the 2022 program. ⁠ ⁠ Saturday 18 June, 1,30pm at Willy Town Hall. Early bird tickets now on sale. ⁠ ⁠ #willylitfest #hobsonsbay @lisamillartv #litfest #melbournewriters
View on Instagram |
2/9 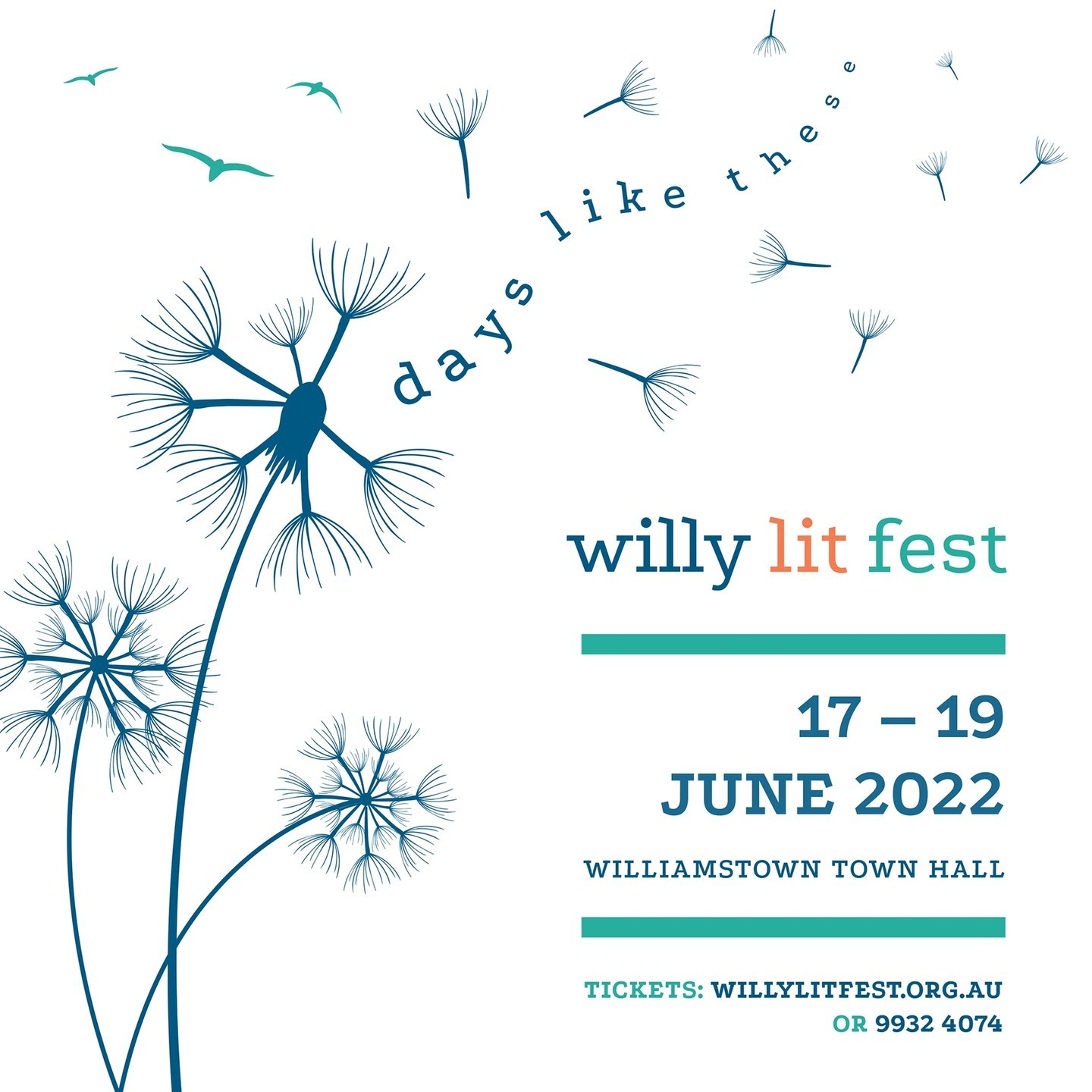 willylitfest
•
Follow
Willy Lit Fest is back! After two years of cancelled programs we are thrilled to be bringing the best of Melbourne's lit scene to the Williamstown Town Hall.⁠ ⁠ Over the 17–19 of June we'll have 73 participants over 39 sessions. Join Lisa Millar, Maxine Beneba Clarke, Michael McGirr, Robyn Annear, Tony Birch, Leigh Hobbs, Mimi Kwa, Van Badham, the Stereo Stories Band and many, many more! ⁠ ⁠ Book for one session, stay for the whole weekend. We can't wait to welcome you back. Peruse the entire program on our website (link in the bio). Early bird tickets are now on sale.⁠ ⁠ #hobsonsbay #readlocal #willylitfest
View on Instagram |
3/9 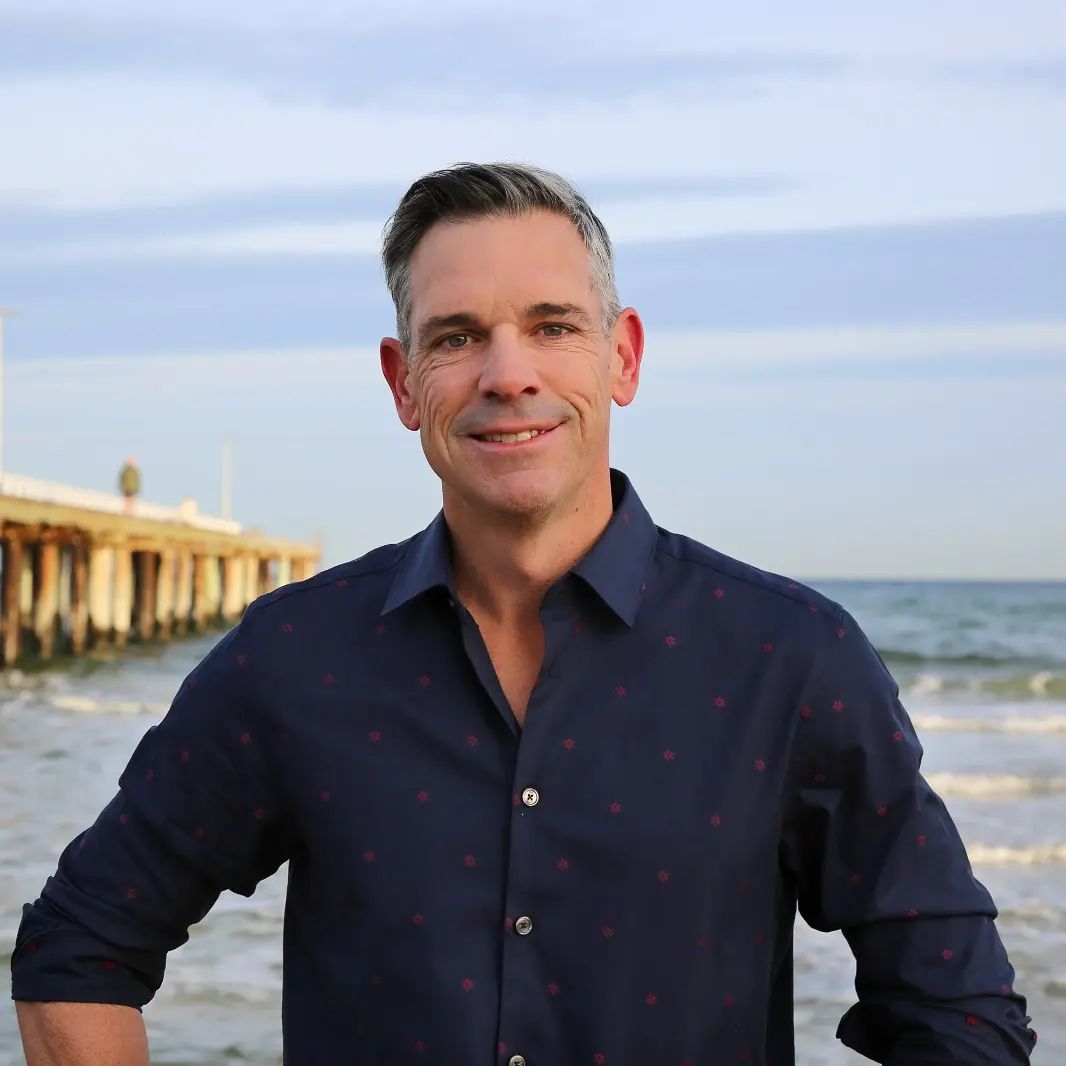 willylitfest
•
Follow
Be among the first to hear the Willy Lit Fest Program for 2022 at a special launch event with Paul Kennedy and Alicia Sometimes. Launching May 4, 6pm for a 6.30pm start, at the Williamstown Town Hall. Tickets are $10 and extremely limited so we recommend booking early. Tickets available from TryBooking or via the 'News' section of our website. #readlocal #funkytown #hobsonsbay #willylitfest
View on Instagram |
4/9 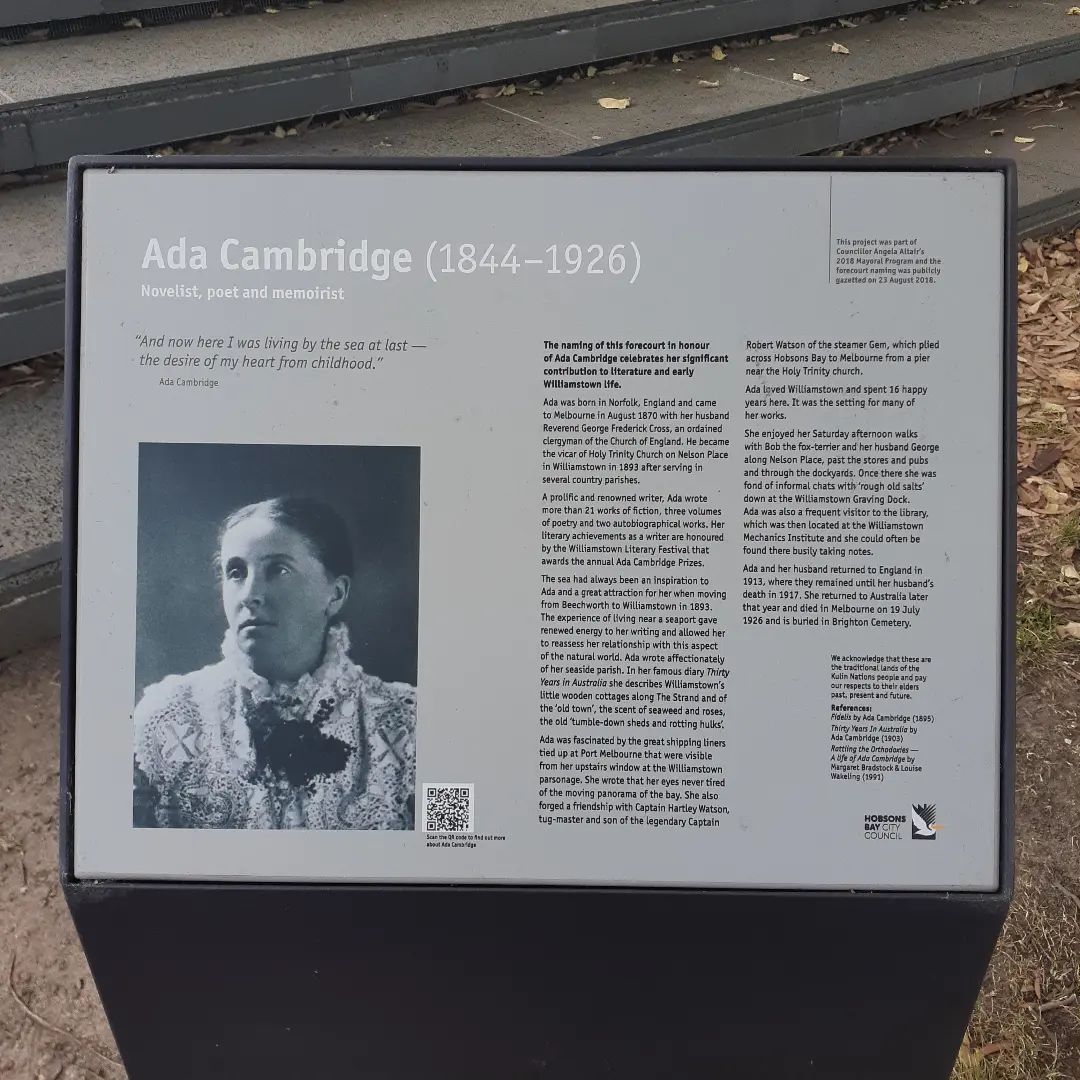 willylitfest
•
Follow
Hobsons's Bay Heritage Week starts next week and there will be tours, events, open houses and all sorts throughout the course of the week @hobsonsbaycc Our Ada Cambridge Prize suite is named after one of Australia's finest colonial writers who lived in the centre of Williamstown, and whose house you can still visit today. This is the commemorative plaque outside Willy Library, celebrating Ada Cambridge. It's a little hard to read on a phone but you can visit this site in situ as part of your Heritage Week tour. There's still time to send us your entries for the Ada Cambridge Biographical Prose Prize, the Poetry Prize and the Young Adas. Entries close April 16 and we can't wait to read your work. #adacambridge #writingprize #hobsonsbay
View on Instagram |
5/9 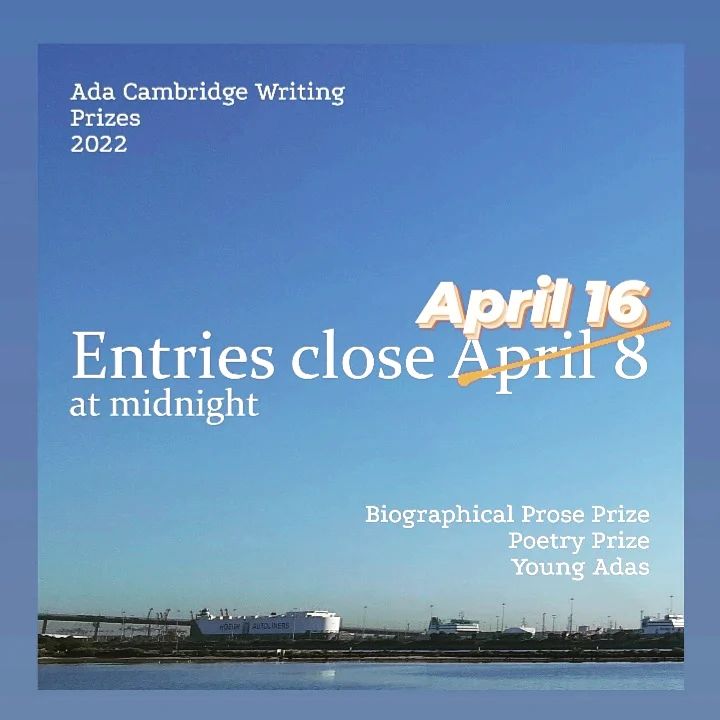 willylitfest
•
Follow
DEADLINE EXTENDED. We're giving you a little extra time over Easter to finish your Ada Cambridge submissions. The new deadline is April 16 — sharpen your pens and check out the submission details on our website. We can't wait to read your work. #writingopportunity #writingcompetition #writersofinstagram #writingprize #hobsonsbay
View on Instagram |
6/9

willylitfest
•
Follow
Only one week left to enter the Adas! Submissions for for Biographical Prose Prize, the Poetry Prize and the Young Adas close April 8 at midnight. All the details available on the Willy Lit Fest website (link in the bio). #amwriting #writingopportunity #writingprize #writingcompetition
View on Instagram |
7/9

willylitfest
•
Follow
Thank you to everyone that came down to the Pirates Tavern last week for trivia. Willy Lit Fest trivia is something of a tradition, and it's so great to be back after two years! Thank you to quizmaster Michael Lee who kept the night moving, to Jane Finemore for the little teaser of June's festival program, to the committee for writing the questions and to YOU for attending and making it such a wonderful night. Your support of Willy Lit Fest is much appreciated. #willylitfest #dayslikethese #wlf22 #hobsonsbay
View on Instagram |
8/9 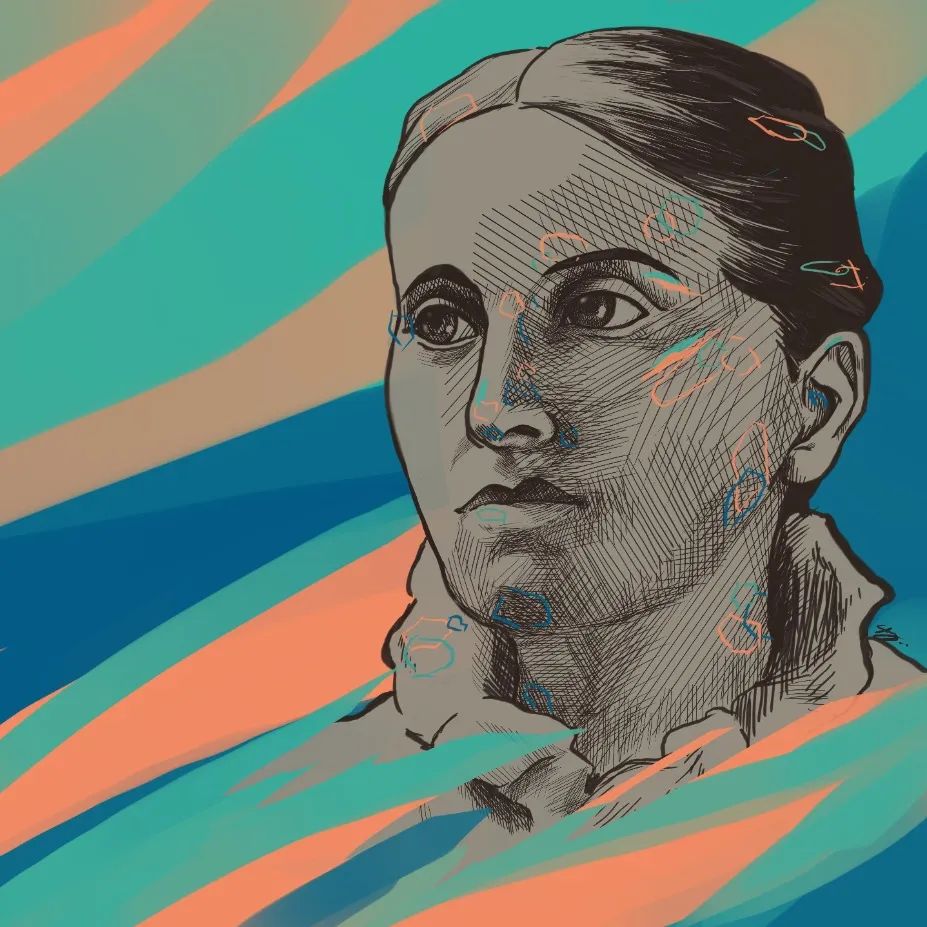 willylitfest
•
Follow
This illustration of a young Ada Cambridge was designed by Shuobing Kuang, a student at @suzannecoryhighschool to accompany the Young Adas prizes for 2022. If you are (or know!) a young writer based in the Western suburbs aged 14—18 they are eligible to enter the Young Adas. The Young Adas are accepting submissions until April 8 for pieces up to 1000 words. Entry is free and full submissions details are available on the Willy Lit Fest website. On her artwork Shuobing says: "the cross hatching and style of Ada Cambridge's face mimics the art style in illustrations for some classic literature" and the "wavy patterning creates a sense of movement, which aims to establish a sense of flow and life when combined with the vibrant [Willy Lit Fest] colours". If you are a school or a teacher and would like us to send you a poster, get in touch! #youngwriters #adacambridge #hobsonsbay #writing #amwriting #writingopportunity
View on Instagram |
9/9
View on Instagram 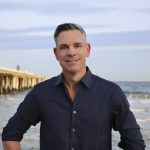 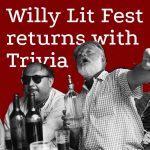 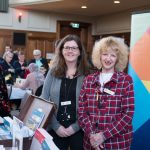 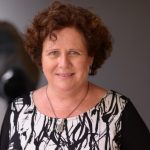 Introducing our new Program Director
BACK TO TOP