"She valued learning as much as she valued feeding her family the best food." 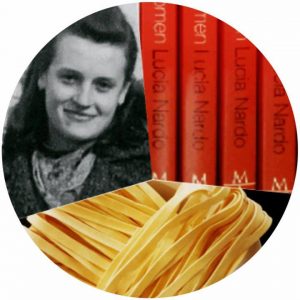 She valued learning as much as she valued feeding her family the best food.

As Mother’s Day draws closer and memories stir, I miss my late mother, Anna, more acutely than usual. Many of those memories centre on food and books.

Mum was denied an education beyond grade five, but through her own efforts became literate in three languages. She valued learning as much as she valued feeding her family the best food. She encouraged me to read voraciously. It backfired a little because, to her annoyance, I brought books to the dinner table and absorbed myself in them instead of family conversation. I can effortlessly conjure a picture her buzzing about the kitchen, the heady scents of her culinary efforts enveloping me, while I sat buried in a story.

An accomplished cook, Mum was famous for her melt-in-the-mouth lasagne. On special occasions, she made enormous quantities of pasta sheets and hung them to dry over dowel rods balanced between the backs of dining room chairs. After she died, I mourned the loss of that tradition. Just before the first Christmas without her, I woke to find pasta drying in the same way, as if her ghost had invaded my kitchen. My son, then a young apprentice chef, had worked through the night to prepare it as a surprise for me. Mum would have loved that story. That small act of kindness is the type of event from which much of my writing is born.

Mum read in three languages, mainly biographies and books that reflected her faith. Despite her culinary prowess, she occasionally dipped into recipes books to get new ideas. She loved to learn. While I didn’t inherit her cooking skills, I inherited her love of learning, through reading and eventually, through writing. Sadly, she didn’t live to see the publication of my first book in which she featured. I like to think she’d be proud of my modest literary efforts. She’d be excited to know that there was a literary festival in her old home town. I’m certain she’d approve of the Williamstown Library being built on the site of the Shore Theatre. Although she’d attended the cinema in the late fifties, she never quite saw the point of movies over books.

On Mother’s Day, there’ll be special candle placed near her picture. I’ll have the kind of conversations one has with those who have gone, yet have still managed to stay. We’ll talk about many things. I’ll tell her how my writing’s going, maybe talk about the books I’ve read. I might ask her for a recipe. There’ll be chat. Lots of it. All of it food for thought.

Lucia Nardo has published nonfiction titles, articles, and short stories, and is a past winner fo the Ada Cambridge Prize. She teaches in the Professional Writing and Editing Program Victoria Polytechnic and is currently undertaking a PhD in Creative Writing. See Lucia at the 2017 Willy Lit Fest.