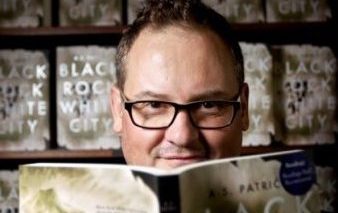 We ask Sherryl Clark five questions about her forthcoming session with A. S. Patrić and Barry Scott at the Williamstown Literary Festival on Sunday 18 June at 12.00pm to 1.00pm.

1. What interests you about Alec’s novel, Black Rock, White City?

It’s a story about an immigrant couple, refugees from the Balkan war, and we aren’t hearing enough of these stories. The campaign for more diverse books in the US doesn’t seem to be happening here in the same way. Or it focuses on issues of racism and religion. I’m interested in what it’s like for refugees escaping war, how it affects them, how it might make settling down, even in a safe country, so much harder. I have always thought that fiction does a much better job of showing us the truth of human experiences than journalism does.

2. Where is literary fiction at in Australia right now?

Smaller print runs, smaller or no advance (especially for debut writers). Or the opposite, like Burial Rites – huge media coverage and sales to lots of other countries. Before Alec’s book won the Miles Franklin, the sales were about average for an Australian literary novel. The award changed everything, as it often does here. It’s the same book as it was before, so I think the question of the influence of awards is an interesting one.

If you’re writing them, they’re alive and kicking! If you’re talking to anyone else, they’re dying. But then this has been a writers’ festival topic for more than ten years. E-book publishing has helped get short fiction out there, as have websites that publish flash fiction and short fiction. It’d be an interesting question to ask the audience – how and why do they read short stories? What would encourage them to read more?

4. What questions are you keen to ask Alec’s publisher, Barry Scott from Transit Lounge?

I love what Barry has done with Transit Lounge, how he’s built it into something so substantial. I want to ask Barry about the trials and triumphs of being a small publisher, how he manages the practical stuff like marketing and distribution. People don’t think much about how a book gets into their hands, and the view from the trenches is worth hearing. What is it like for a small publisher to have a Miles Franklin winner?

5. Despite the range of publishers we have in Australia, a good story still might not get accepted. Is self-publishing a better way for writers to go these days?

It can be, with big reservations. There are a lot of examples of people whose self-published books have reached their audience and sold huge numbers (Hugh Howey, Amanda Hocking) but they found their audience first through online platforms. Wattpad is a huge base for publishing your work and hearing from your readers. I’d be interested in how many people over 40 have heard of it. But the biggest issue is the quality and the editing of self-published novels. A lot of the time there’s a reason a novel has been rejected by the traditional publishers – it’s not well written enough and has a lot of errors. But sometimes a book won’t be published because there’s not a big enough audience for a commercial publisher to take a risk. Self-publishing makes sure a wide range of voices is heard.

Thanks very much Sherryl Clark!

Join us when Sherryl interviews Alec and Barry. More information and tickets here.