The Dry is Scorching Hot - Jane Harper at WLF 2017 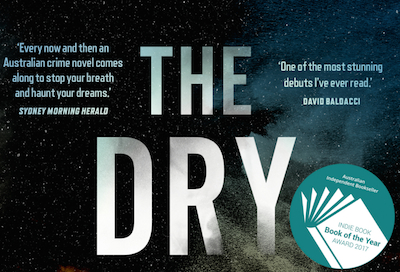 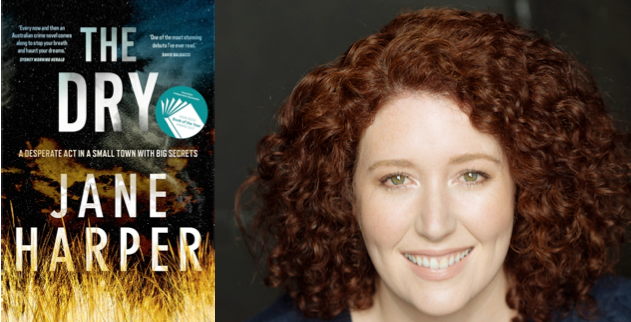 The Dry is scorching hot.

One question I’m dying to ask Jane Harper is how a city girl – and a Pom at that – nailed the bush?

Harper’s stunning debut novel, The Dry, is a publishing sensation. Hailed Australia’s own ‘Gone Girl’ Harper has sold rights to over 20 territories. Even Hollywood’s Reece Witherspoon has optioned the film rights.

Set in a small country town ravaged by drought and brimming with secrets, The Dry is both a searing crime novel and a vivid portrayal of rural life.

Small town noir a friend called it. One of those books that keep you up all night ‘cos you just HAVE to learn the real culprit before switching off that bedside light. And like a good crime writer, Harper leaves you little clues. Which she ties up cleverly together at the end.

I’m one of those who peer through louvred fingers at horror scenes in movies. The same menace vivifies The Dry.  I found myself skimming certain passages, so graphic and vivid are the crucial crime scenes.

Harper writes with poise and colour too: mourners at the funeral form a grey and black ‘bottleneck’; fair skin is ‘blue hue of skimmed milk for half the year and a cancerous-looking cluster of freckles the rest’. She captures the sun-scorched landscape; you smell the fresh baked scones and startle at the rifle fire as another skeletal sheep is put out of its misery.

The book is sprinkled with engaging characters, like the philosophical publican, and the ‘birdlike’ gran with her house stuffed with dusty ornaments and knick knacks. You instantly warm to the main character too. Returning home for a friend’s funeral, Federal cop Aaron Falk must confront his own secret past.

From the grim opening scene, with its corpses and blow-flies, The Dry is a portrait of the Aussie bush stripped bare of its romance. Kiewarra’s half-shuttered buildings harbour shady secrets that slowly unfold as the story reaches an unexpected climax.

Our council (Hobsons Bay) has a friendship alliance with a small rural municipality in Victoria’s wheat-belt.  And while the good burghers of Charlton and Wycheproof bear absolutely no resemblance to the less savoury characters in Harper’s book, The Dry evokes the same endless horizons and stark beauty of the Wimmera and Mallee.

All in all, a cracking, page-turning read that will have you joining the chorus of approval on Jane’s Facebook page. Go on check it out: you won’t need a spoiler alert and it will enhance your understanding of the author and her outstanding debut novel.

Jane Harper is a Melbourne based journalist. She will talk is to VU’s Sherryl Clark about the international buzz around her debut novel at 2pm Saturday, 18 June. The event is part of the Rotunda in the West series being featured at Willy Lit Fest and supported by Victoria Polytechnic.