Kitchen Tales - The Mortar and Pestle - By John Webb

John Webb goes in search of the perfect kitchen utensil... 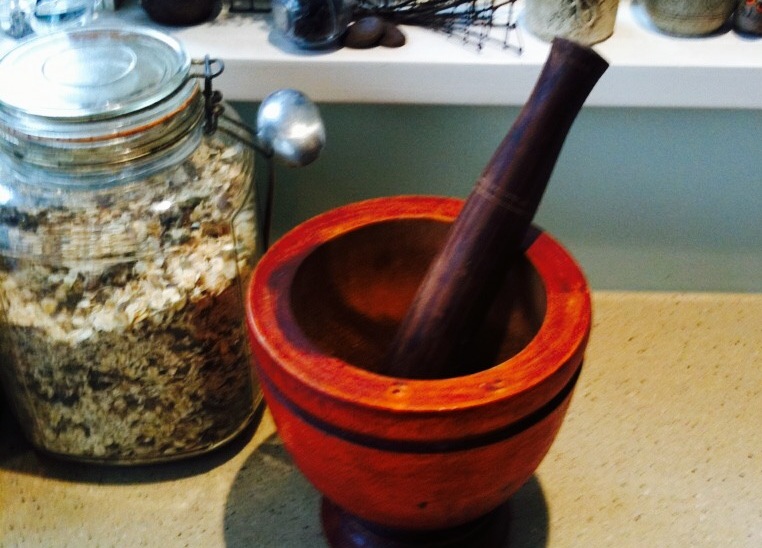 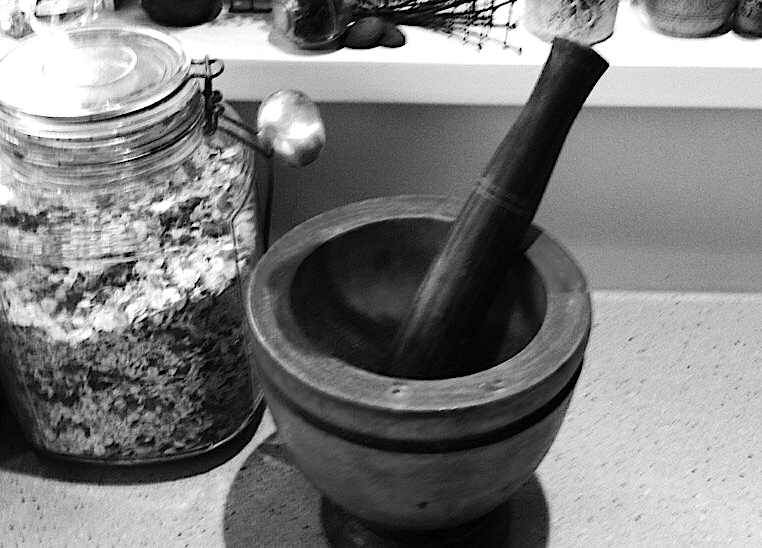 The Willy Lit Fest committee has had fun these last months organising the 2017 festival. At meetings between agenda items the talk around the table has often turned to the Food for Thought theme and kitchen based memories. This one is from Professor John Webb OAM.

As a chemist, the mortar and pestle was a familiar icon of my laboratory world but the one I spent months trying to acquire was not for laboratory use but for the kitchen. It could not be one of those made of hard ceramic or stone, which produces a mortar and pestle suitable for grinding seeds of spices. I needed one that was deep enough to pound cane sugar, chillies and garlic to prepare the sauce for the Thai green papaya salad, Som Tum. A Thai friend used to bring her much loved mortar and pestle to our place for som tum preparation: the mortar bowl, at least 25cm deep, was made from the trunk of a coconut tree while the pestle was of smooth heavy wood. I determined to get one for our kitchen.

Thai friends suggested a visit to Bangkok’s largest Sunday market, Chatuchak where the presence of about 8000 stalls would surely include one that sold this kind of mortar and pestle. Some months later, during a conference in Bangkok I had a couple of hours on the Sunday to start the search. I had only a few words of Thai to use in this shopping challenge. Definitely not enough for a discussion but enough for a mime show. I approached stallholders, miming a pounding action and ‘singing’ som tum, som tum. An unbroken series of Thai smiles, amused at such idiocy, directed me deeper into the market until I was where I needed to be and bought my wooden mortar and pestle. Unused, it passed Australian quarantine inspection to reach home safely.

It has only been used a few times to pound chillies, garlic and cane sugar in preparing som tum. It now is used for converting toasted almonds into small pieces for the morning muesli mix. It is still the Som Tum mortar and pestle, my Thai culinary souvenir.

Sorry, that page does not exist.
BACK TO TOP