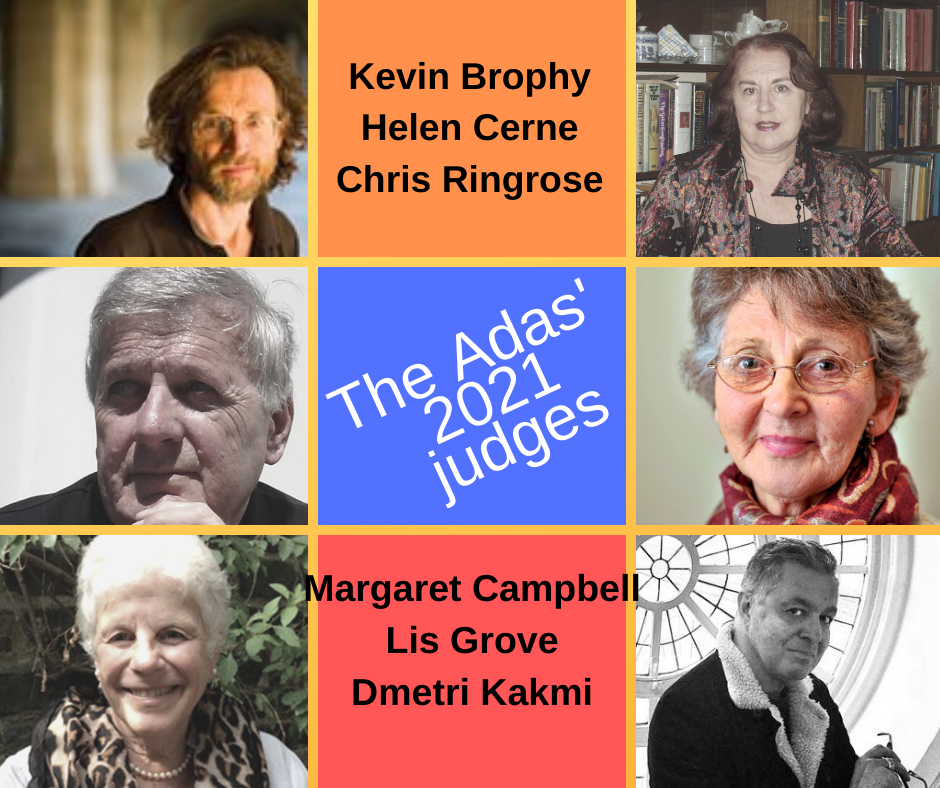 LIs Grove loves good writing. She has taught language and literature, English and French, at secondary and tertiary levels. Most recently, she worked as a language consultant, editor and researcher. For the past five years, she has helped judge the Adas Prose Prize and until 2018, edited the Adas Anthology.

Dmetri Kakmi is a writer and editor. For 15 years he was a senior editor at Penguin Books. His memoir Mother Land was shortlisted for the New South Wales Premier’s Literary Awards. He edited the children’s anthology When We Were Young. The ghost story ‘The Boy by the Gate’ was reprinted in The Year’s Best Australian Fantasy and Horror. Haunting Matilda was shortlisted in the Aurealis Awards Best Fantasy Novella category. His essays and short stories appear in anthologies.

Kevin Brophy is the author of fifteen books of poetry, fiction and essays. His latest books are Misericordia, This is What Gives Us Time, Walking: New and Selected Poems. He teaches mainly poetry and the art of the personal essay in the Creative writing program in the School of Culture and Communication at the University of Melbourne. His poems, fiction and essays have been anthologised in Best Australian Poems, Best Australian Essays and Best Australian Stories. In 2009 he was awarded the Calibre Prize for an outstanding essay.

Dr Christopher Ringrose is an Associate Professor at Monash University. He co-edits the Journal of Postcolonial Writing and the book series Studies in World Literature. His poetry has won prizes in the UK, Canada and Australia, and was chosen for projection in Krakow, Poland, as part of UNESCO’s “Cities of Literature” celebrations. His fiction is included in the Melbourne Subjective collection (2014) and Flashing the Square (2014). Chris’s latest poetry collection is Palmistry (In Case of Emergency Press, Melbourne); his poetry website is www.cringrose.com

Margaret Campbell’s short stories have won prizes and have been published in Australia and NZ. A member of Western Union Writers and Western Women Writers, she is co-ordinator of Imagination Creation young writers group which conducts an annual competition, and was awarded a Centenary Medal for her work with young writers.