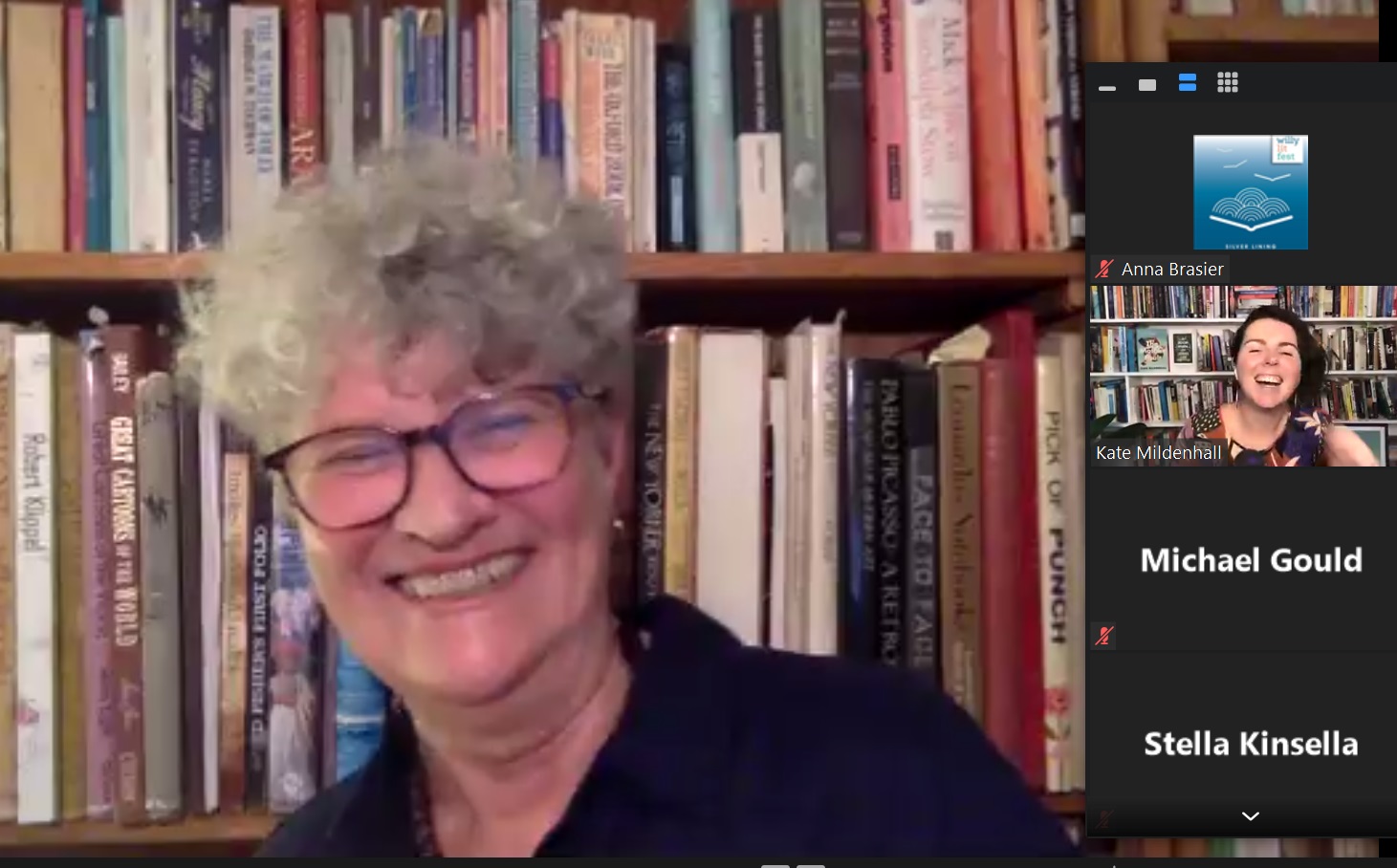 The Willy Lit Fest 2021 got off to an exhilarating start on Thursday 18th February with a Zoom conversation between celebrated Australian author Kate Grenville and her capable interlocutor, novelist Kate Mildenhall (The Mother Fault, 2019 and Skylarking, 2016). While the topic was Grenville’s latest novel, A Room Made of Leaves (2020), we were also taken on a wide-ranging excursion into her career, including the fierce controversy on historical fiction ignited by her best-known work, The Secret River (2005); her views on the enduring pain of Australia’s colonial past; and the dire results of savage cuts to funding for universities and the arts.

But centre stage was A Room Made of Leaves, based on the life of Elizabeth Macarthur (1766-1850), wife of the notoriously difficult and hugely successful pastoralist John Macarthur (ca.1767-1834), ‘father of the wool industry’. Although lauded for keeping the family business afloat during Macarthur’s long absences in England and maintaining an elegant salon in early Sydney society, little is known about Elizabeth Macarthur beyond a handful of boringly conventional letters and unremarkable diary entries. Like most women of the 19th Century and earlier, says Grenville, Elizabeth Macarthur’s life is an enigma, ‘a frustrating blank’, her voice silenced like so many other women whose stories were never recorded.

‘So, who was Elizabeth Macarthur?’ Grenville asks in the ‘Editor’s Note’ to this fictional memoir, purportedly penned by Elizabeth herself towards the end of her long life. The complex answers (and who is to be believed?) are revealed in a novel that gives imaginary substance to her life, to the circumstances that brought a well-educated but impecunious young English woman, through marriage to John Macarthur, to spend the rest of her days in this far-off land. Not pretending to historical reconstruction, Grenville sees her novel as both playful and challenging, at the same time ‘channelling rage’ at the suppression of women’s freedom that links past and present and is ‘still being negotiated’.

Kate Mildenhall’s deft questioning also led Grenville to reveal the painstaking process of writing the novel through 28 drafts, its gestation beginning over 20 years before, when she came across several potentially ambiguous phrases in Elizabeth’s letters, which were later developed into a story that she described as ‘sabotaging the myth of the perfect 19th-Century wife’.

Without giving away more, I urge those who haven’t read the novel to do so very soon. We thank both Kates for their warmth and generosity, for providing us with a delightfully stimulating discussion and much food for thought. Read both of them, and keep on supporting the Willy Lit Fest 2021.