My Lucky Life: A Memoir, Don’t Forget Your Binoculars 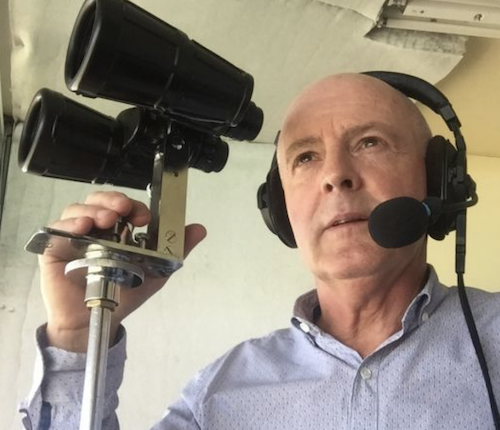 My Lucky Life: A Memoir, Don’t Forget Your Binoculars

Greg Miles called his first horse race in 1978. In a career spanning over 40 years, Miles called a record-breaking 36 Cup Carnivals, calling such champions down the straight as Winx, Black Caviar and Makybe Diva. Married to Alison and father to 3 children, Miles called his final race at Caulfield on April 15, 2017.

Legendary race caller, Greg Miles has packed a lot of adventure into his 40-year career in broadcasting. Join festival favourite John Harms, as he attempts to unpack four decades’ worth of equestrian-related excellence.

This is the biography of “The Voice of Australian Racing”, Greg Miles, a must-read for horse racing and sports enthusiasts.

Foreword by Bruce McAvaney. Greg Miles My Life Behind the Binoculars is a fascinating and inspirational gem of Australian horse racing literature. It digs deep into a life peppered by struggle, tears, failure, self-doubt, lucky breaks and, ultimately, supreme achievement and accolades. Melbourne-born Greg Miles called a record 36 Melbourne Cups, two more than the revered Bill Collins and three ahead of his mate and mentor Joe Brown.

He also called a record 36 Cox Plates and 36 Caulfield Cups. He became known as The Voice of Australian Racing, with the Herald Sun newspaper branding him Calling Royalty. He called his first Melbourne Cup in 1981, aged just 22, and his last in 2016, retiring soon after at 57. He called for radio and television, starting with the ABC, then Sky Channel, Sport 927 and Racing.Com. He was also the course broadcaster at the Flemington, Caulfield, Moonee Valley and Sandown tracks. He was awarded an Order of Australia Medal in 2016 for services to racing, and is a life member of the Victoria, Melbourne and Moonee Valley Racing Clubs.