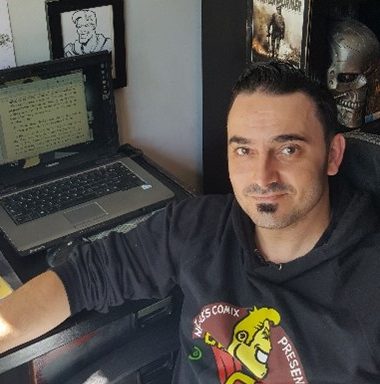 Nicholas has been writing and drawing comics from a very young age. His father was an artist and major influence and a love of storytelling made comic books the perfect outlet for Nicholas to combine his two passions. At 15 he registered the brand name Nick Ab’s Comix to showcase his stories and art. Eventually, Nick Ab’s Comix went online and built fan bases on both Myspace and Facebook. Then Gameinformer magazine began featuring his work monthly in a comic strip called ‘Game Guy’ that poked fun at the world of video gaming.

Then, Adam X, a character he had created ten years prior became an easy choice for the protagonist of his planned science fiction series. To date, there have been three books in the Adam X series with a fourth and fifth on the way. He also produces a weekly webcomic for this story published under the moniker Abzilla Comics.

All sessions by Nicholas Abdilla