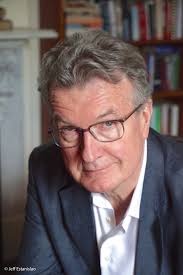 Peter Goldsworthy combines the practice of medicine with writing across a range of genres: poetry, short story, novels, theatre, and opera libretti.

His first collection of poetry in 1982 won the Commonwealth Poetry Prize, the S.A. Premier’s Prize, and the Anne Elder Award. His second won, jointly, the Australian Bicentennial Literary Prize for poetry in 1988. In 2001 his Selected Poems was published in the UK and Australia.

His novels have been translated into many European and Asian languages; five have been adapted for the stage, as has his celebrated short story The Kiss. His first novel, Maestro, has been reissued as part of the Angus&Robertson Australian Classics series; his 1994 novel Wish was also released as a Text Classic. Three Dog Night won the 2004 FAW Christina Stead Award and was long listed for the Dublin IMPAC prize. He wrote the libretti for the Richard Mills operas, Summer of the Seventeenth Doll and Batavia, the latter winning Mills and Goldsworthy the 2002 Robert Helpmann Award for Best New Australian Work.

His most recent novel is Minotaur, published by Penguin Viking in 2019; an adaptation of his 1993 novella Jesus Wants Me for A Sunbeam was staged at Belvoir street in Sydney earlier this year.