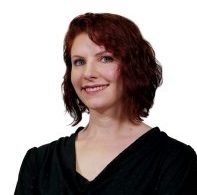 Sarah L’Estrange has worked in arts broadcasting at ABC Radio National for over a decade. She began on The Deep End in 2006, then moved to The Book Show with Ramona Koval, and later worked on Books and Arts. Now Sarah produces The Book Show with Claire Nichols and has interviewed many Australian and international authors including Helen Garner, Christos Tsiolkas, Min Jin Lee and Salman Rushdie.

All sessions by Sarah L’Estrange

The Women and the Girls