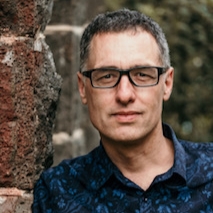 Steven Conte’s latest novel, The Tolstoy Estate is a sweeping historical saga spanning the second world war and the decades of cold war peace that followed. His debut novel, The Zookeeper’s War, won the inaugural Australian Prime Minister’s Literary Award for Fiction; it was also shortlisted for the 2008 Commonwealth Writers’ Prize for Best First Book and for the 2007 Christina Stead Award for Fiction. The novel was published in the UK and Ireland and translated into Spanish.

All sessions by Steven Conte