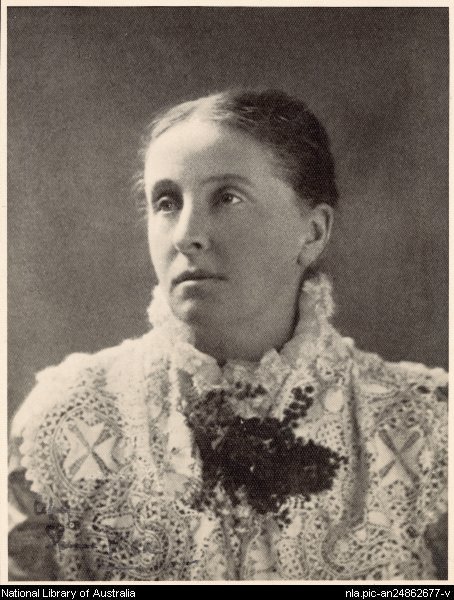 The Ada Cambridge Biographical Prose Prize, Poetry Prize and The Young Adas were named after one of Australia’s finest colonial writers. Ada Cambridge 1844 – 1926 was an English-born Australian writer. She began writing poetry in her late teens, and in her early twenties published two volumes of hymns, with a collection of poems entitled Echoes following in 1869. In 1870, she married a curate destined for colonial service, George Frederick Cross, and the couple sailed for Melbourne later that year.

Overall she wrote more than twenty-five works of fiction, three volumes of poetry and two autobiographical works. Many of her novels were serialised in Australian newspapers but were never published in book form. As the wife of the Rev’d George Cross she lived in the Vicarage at Holy Trinity, Williamstown, from 1893-1909, where she wrote some of her most significant work.